Enhance your undergraduate experience by studying film and media abroad in cosmopolitan environments. Take critical and creative courses that will count as transfer credit toward the Global Cinema Minor and the ECL Major Concentration in Film Studies.

One of the top-ranked film schools in Europe 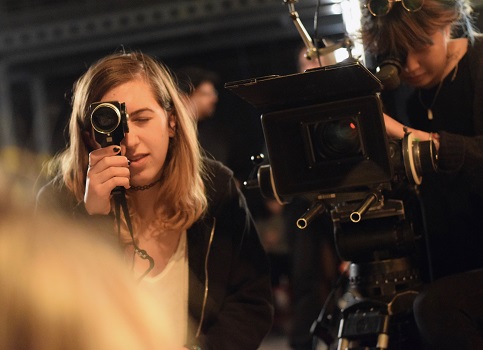 Produce and direct your own stories on 16mm or 35mm film. Take hands-on courses and workshops at one of the world’s finest film academies, FAMU, the Film and Television School of the Academy of Performing Arts in Prague. You’ll participate in all aspects of filmmaking: directing, cinematography, screenwriting and editing. The program is open to challenge-seeking students who are excited to collaborate with peers and mentors.

Create Your Own Film. Live in Prague While You’re At It.

Visit the CET website to apply and learn more about this program.

Study at Stockholm University for a semester or academic year as an exchange student for an opportunity to fully integrate into the academic, social, and cultural life at the university. Take courses along-side degree-seeking Stockholm University students, live in student housing, and participate in all aspects of student life.Stockholm University offers many courses taught in English. Additionally, English is widely spoken in Sweden so UNC students are able to easily navigate the university and city without a language barrier.

Stockholm is one of the world’s most dynamic capital cities, ranked among the top five in the world when it comes to intellectual capital, innovation, and quality of life. As one of Scandinavia’s most exciting cultural cities, Stockholm is famous for its craft and design, music production and international cuisine. Stockholm is a cultural hub and Sweden’s business center with many green areas surrounded by water, making it an ideal place to enjoy a relaxed and exciting student life.

Stockholm University is located a few minutes from the city center in the middle of the world’s first National City Park.

Stockholm University maybe a good academic fit for students pursuing courses in the following fields, though with a variety of courses taught in English, students from other disciplines will also find ample coursework of interest.

This filmmaking-intensive program is through partnership with the University of Pittsburgh. Students combine critical studies and film production, using facilities at the Derek Jarman Film Lab.